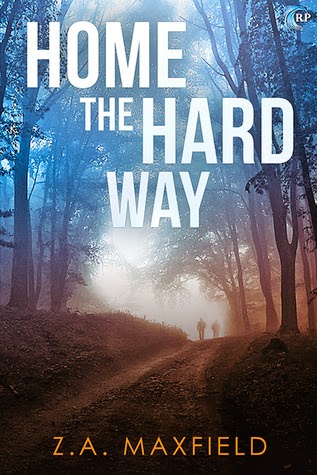 : 4 out of 5 keys.  Sex is hot, and important to the story and relationship

Best Line: "Finn was right.  Dare did need the loss of control to find the release he craved...Yet Dare wondered what it would be like to simply take Finn into his arms and kiss him."

Synopsis: Dare Buckley has come home—or at least, he’s come back to Palladian, the small town he left as a teenager. After a major lapse in judgment forced him to resign from the Seattle PD, Palladian is the only place that’ll hire him. There’s one benefit to hitting rock bottom, though: the chance to investigate the mystery of his father’s suicide.
Dare also gets to reacquaint himself with Finn Fowler, whose childhood hero worship ended in uncomfortable silence when Dare moved away. But Finn isn’t the same little kid Dare once protected. He’s grown into an attractive, enigmatic stranger who neither wants nor needs what Dare has to offer.
In fact, Dare soon realizes that Finn’s keeping secrets—his own and the town’s. And he doesn’t seem to care that Dare needs answers. The atmosphere in Palladian, like its namesake river, appears placid, but dark currents churn underneath. When danger closes in, Dare must pit his ingenuity against his heart, and find his way home the hard way.

Impressions: ZA Maxfield is an auto-buy for me, and I was very eagerly awaiting this one. I was not let down, but I was in for a wild ride!  This book is very complex and carefully crafted, and I found the story and writing to be tightly woven and well done.  There is mystery and romance here in almost equal measures, and though I am not a huge mystery fan, I was totally intrigued and guessing right until the end.

I don't want to spoil the mystery (and its a great one!) but I will say that I really loved the big reveal at the ending.  As a reader, I was carried along by the mystery and given just the right amount of clues to keep me guessing but hooked.  At the end, I was surprised, but I could se the hints that had been layered through the story.  It was a very well done and engaging mystery, and I was impressed with how it was done.

For me, the heart of a story is the romance, and this was no exception.  Finn Fowler has had a hard life.  The son of the town scandal, he lives with a large dose of disdain from the people around him, and its mixed with a handful of pity from others.  Finn keeps people at arms length, really in much the same way the rest of the town treats him.  When Dare comes back to town he finds Finn a changed man, and can't stay away.  Finn is definitely more complex than Dare first realizes, yet despite this they are drawn together.

I found Finn's character to be very consistent, and in much the same way the mystery is layered through the novel, I found the pieces of Finn's character to also be layered.  With each new piece I learned about him, the previous pieces all fit and lined up with who he is.  Dare is a more straightforward man, though no less complex.  He is also fighting his own demons, and I appreciated his desire to learn more about his own needs, while advocating for the ones he knows he has.

This was a great read, and I couldn't stop thinking about it on the unfortunate times I had to put it down.  I loved seeing Dare and Finn truly connect, but I would love to see more about where their journey takes them.  Dare has some demons he still has to work through (alcohol and some poor decision making) and Finn is left to deal with a lot of fall through from the mysteries of the book.  I do want to see more about their reconnection, and how they make their new lives work.

I also felt so much compassion for the character Bill, and I am dying for him to get his own story.  Maybe a sequel where we can visit Dare and Finn?!

I can definitely see re-reading this one, as I think I will pick up on the mystery and romance tidbits I might have missed at first read.  This is a great read, and though different from many of ZA Maxfield's other books, it is no less compelling!  If she isn't already on your auto buy list (and why not?!  Put her one it!  and start with St. Nacho!), pick this one up.  You won't be disappointed!

This review is posted on Goodreads and Amazon.