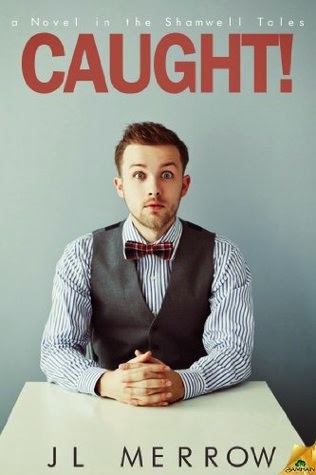 : 3 out of 5 keys. Sex supports the romance.
Length: Novel

Best Line: "Things always went wrong when I started to get attached to someone." (But really, I could not pick just one!)

Synopsis: You can run from the past…but the past runs faster.

Shamwell Tales, Book 1
Behind Robert’s cheerfully eccentric exterior lies a young heart battered and bruised by his past. He’s taken a job teaching in a village primary school to make a fresh start, and love isn’t part of his plans. But he’s knocked for six—literally—by a chance encounter with the uncle of two of his pupils.
Sean works in pest control, rides a motorbike, and lives on a council estate. On the face of it, he shouldn’t have anything in common with Robert’s bow-tie, classic-car style and posh family background. Yet Robert is helpless to resist Sean’s roguish grin, and a rocky, excruciatingly embarrassing start doesn’t keep the sparks between them from flaring.
Despite Robert’s increasingly ludicrous attempts to keep his past where it belongs, his past hasn’t read the memo. And soon his secrets could be the very things that drive Sean away for good...
Warning: Contains the alarming misadventures of a pest control technician, a stepsister with a truly unfortunate name, and a young man who may have more bow ties than sense.

Impressions: Anytime I see a JL Merrow title, I know I am in for laughs and great characters.  This was no different!  Trying to pick a "best" line in a Merrow book is near impossible.  Her characters are unfailingly witty and likable, and her stories are a welcome escape from the real world into the lives that she has created.

Robert is delightfully awkward and stuck in his ways, and Sean is a great counterpart to his staid and sometimes stuffy attitude.  Robert's friend Rose is a hysterical counterpart and voice of conscience for Robert.  Merrow is adept at creating British villages and towns that are full of eccentric and interesting characters, and as in other books of hers, I feel like I know this town and its citizens.

The romance is this story is adorable, and a little lighter on angst than some of her other stories.  I would love to hear more from these guys, and their village.  I loved the way Sean's sexuality is explored and discussed, and the way Robert tries to handle things on his own, despite his need to open up.

Merrow is an auto buy for me, and you should definitely check this one out.  I will be going back to read the sequel to Pressure Head, which somehow escaped my attention!  Merrow always writes the kind of MC's that I love, and if you have a soft spot for snarky, yet sensitive boys, give these books a go!