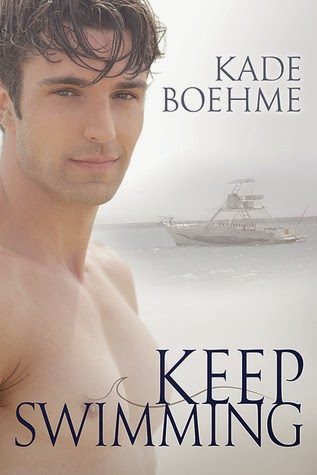 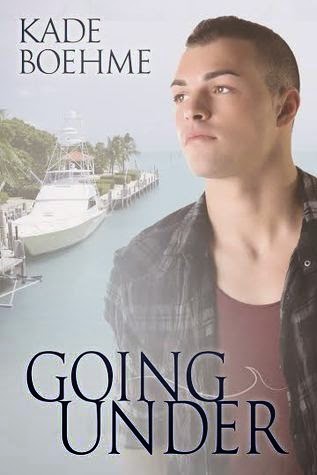 Cover Impressions: I love them.

Best Line: "Forget the tourists, forget all the stupid fucking people that he could possibly know who might be watching.  He was finished.  He wanted Kyle more than he wanted acceptance."


After his partner dumped him with a pregnant surrogate four years ago, Cary Whitmore was forced to play single parent while starting up a new business. With the dog bakery now semi-successful and his son healthy, Cary thinks he may be ready to date again.

Heath Cummings is trying his damnedest to get his charter boat service off the ground and dreams of one day soon being able to quit his job as an offshore driller. Paying off his dream requires making it through a couple more years, which means being open about his sexuality isn't in the cards just yet.

When the two take their flirting to the next level, Cary wonders if he can handle another guy who might take off, while Heath has to decide if he can risk his dream of a laid back life—and giving up his long-held and much enjoyed bachelor status while taking on a child when being a father was never on his to-do list. Will they sink, or will they keep swimming?

Going Under, #2:
Ex Coast Guardian Kyle Bevins is a joker, a friend, and unlucky in love. His friends know he’s a good guy to turn to if for nothing other than a much needed laugh, but he rarely heeds his own advice. He’s content as the new co-owner of his friend’s charter fishing company in Pensacola Beach, Florida, but he’s missing the companionship of having a significant other and tired of the old hookups.

Eddy Jiminez is unlucky, period. He’s been dealt most every negative consequence of being gay. He’s also an ex-con, so he figured he’d play it safe, keep working hard and trying to forget that it was men he craved. But when he meets Kyle, he can’t stop going back for more, but tired of the lies and hurting, he doesn't want to give Kyle up.

Kyle would do anything to keep Eddy from drowning again, so he decides to see him safely into the big world of being Out but a past connection may ruin everything. Will there be a second chance for both of them, or will their relationship go under?

Impressions:  I've been meaning to read these for a while, and I don't know why I waited!  These were amazing, and exactly what I needed.  I wanted to fall a little bit in love, and watch some cute, hurt guys do the same, and thats exactly what Boehme gave me!

Book one is an adorable exploration of Cary, a single parent, and Heath, a commitment phobic man finding love and creating a family.  I loved the time line that this took, and the way Cary's son Gus was woven into the story.  Nothing was over simplified (and I loved that Gus wasn't the most perfect, precocious kid ever- that gets boring!) The secondaries were really relatable and helped move the story very well.  There were no annoying misunderstandings, evil villains, or crazy twists.  This was just a great story of two very complex men finding and falling in love.

Book 2 is about Kyle, Heath's best friend, and Eddy, an excon with a hard life.  I loved Kyle, but Eddy melted my heart.  These guys were great, and great together.  Again, the timeline was great, and it was nice to revisit Cary and Heath.  The sex in this book is especially hot, and again, we met a host of secondary characters who really added to the story.

It is clear there is a good line up for book 3, and I can't wait.  I already love Phil and Kent a little, so it promises to be great!

When you are looking for a great contemporary, sexy, man loving romance, grab these two.  I couldn't put them down and neither will you!

Reviews posted on Amazon and Goodreads. 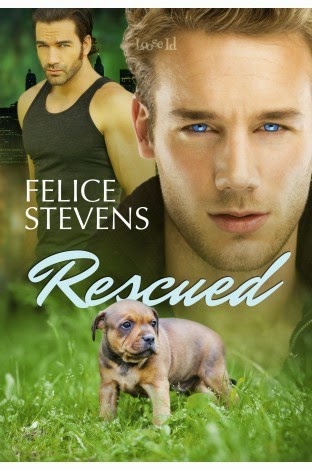 : 3 out of 5 keys- sex is very hot, but supports the story and romance

Best Line: "I didn't realize how being with the right person could change your world and your outlook on everything, but you've rescued me from myself."

Synopsis: Ryder Daniels has spent the last year recovering from rejection: his parents couldn’t accept his sexuality and his lover chose drugs over his love. The only bright lights in his life are his younger brother and his rescued pit bull. But now his mother's punishment for his lifestyle has cut him off from his brother he loves so deeply. Devastated, he throws himself into the work of the Pit Bull Foundation he and his friends started.

Jason Mallory can no longer hide the dissatisfaction of his relationship with his longtime girlfriend. When her marriage ultimatum pushes him to break things off, he's determined not to jump into the dating scene. But when a group of injured pit bulls are found on his construction site, he can’t forget the guy who shows up to help.

After Jason adopts one of the dogs, he and Ryder become fast friends—until one night, Ryder lets down his guard and Jason recognizes his desire. Soon, they can’t deny the passion between them but will family differences and ugly prejudices keep them apart, or can they fight to prove that love is precious, no matter the flavor?

Impressions: This was an adorable, fun read.  I needed something that would sweep me away, and an out for you with puppies sounded just like the thing!  It was!

I really loved these two guys, and they fit together so well.  Ryder makes me want to wrap him up and give him a hug.  He's had a very hard time with rejection from his family and his ex, and the bond between him and his brother is so great.  Jason is also a great MC, and I loved the relationships he had with his family.  I liked watching Jason realize he was falling for Ryder, and watching Ryder struggling to believe that this was worth trusting in again.

The secondary characters made this novel so much sweeter and more wonderful.  This was a sweet, sexy and fun read and I loved it!

I highly recommend this read to anyone who loves cute boys, good friends, and cute puppies!  And really, who doesn't?! 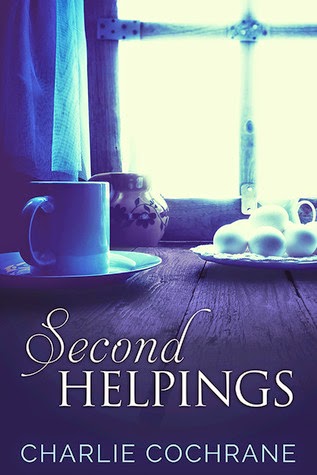 Best Line: "I'm not sure if its been too long a time or too short a time, but its the right time."

Synopsis:Stuart Collins’s life might as well have ended a year ago when his partner died in a car crash. Even Stuart’s widowed father has found new love with an old friend, Isabel Franklin, so why can’t Stuart be bothered to try?
Then he gets a phone call from Isabel’s son, Paul, who wants to check out whether or not Mr. Collins is good enough for his mother. During dinner together, though, they end up checking out each other. Trouble is, Paul’s got a boyfriend—or maybe he doesn’t, since the boyfriend’s supposedly giving Paul the push by ignoring him. Or maybe Paul just wants to have his cake and eat it too.Honesty with each other is the only way to move forward. But maybe honesty with themselves is what they really need.

Impressions:  This is a character building book that really examines what it takes for someone to move on and to find happiness again.  We begin by seeing two older people, the parents of the MCs, gaining the courage to seize their second helping at happiness again, and we quickly meet the two men who need to do the same.

This is a not a book about action, it is really a book that examines what it takes for each person to feel that they can grasp happiness again.  Stuart had a wonderful life with his husband, and now struggles to realize that no one can help him grab happiness again, except for himself.  I really liked Stuart's struggles, and I liked that Cochrane didn't send us any voices from beyond to guide Stuart.  As for so many who have survived tragedies, the choice of happiness is in his hands, and he knows it.

Paul was more of a struggle for me to like, but it was because the impediments to his process of moving on were also himself, and his inability to accept that things had ended.  When I learned more about his situation my compassion increased, and I saw that part of Paul's challenge was the gray area he was living in.  Stuart knew his happy times with Mark had passed, but Paul was in a more common, and in some ways more tragic position.  He had the hope that things would improve and that he could find his happiness again.

This book was a different book, and more filled with a  slow exploration of what it takes to heal, and it is wonderfully written and definitely worth a visit!

Posted by Danielle at 8:50 PM No comments: