Queer for me. Out for Me. 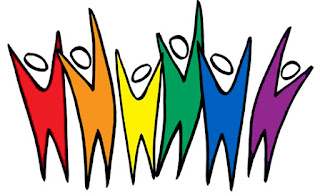 I started reading romantic fiction when I was in my late teenage years.  I ate up stories of pirates, cowboys, and Scottish lairds.  My mom and I swapped titles and plots like trading cards (“I have a great one with a facial scar!” “Oh, I have one who was kept as a slave by his father’s enemy!”) and we would laugh, sigh and read as much as we could.  When I came out to my mom at the age of 19, one of her biggest worries was that I had felt the need to pretend to like those things, and that I had been denying my own feelings to please her.  Over time she became reassured that that was not the case at all, because what has drawn me to romance has always been the feelings, and not the genitals.

As I have been (loosely) following the Gay For You (GFY) discussions within the MM community, I recalled this conversation with my mom.  I began reading gay fiction as soon as I came out, and when I discovered MM romance, it was like the marriage of two of my favorite things.  I’d read several classics of lesbian literature, but I didn’t find the romantic elements that I craved.  I’ve always loved the promise of an HEA, and the way a romance could pull me out of my life and sweep me into someone else’s.  I didn’t care if the voyage took me over the seas, into space, or into a world I could not have dreamed up.  If the feelings were there, the vulnerability, the angst and then the all curing love, then the story had done its job by me.  In MM romance I found those HEAs, but I also found love stories that validated my own.

When I came out, gay marriage was a distant dream.  I couldn’t see myself walking down the aisle in a white dress, and what I loved about MM romance was the love that developed in spite of, not because of.  That was a love I could identify with.  Even when gay marriage became a legal reality, as a queer woman I still faced judgment and intolerance, and I found my experiences reinforced in MM romance.  Once again, the love “in spite of” resonated with me and showed the strength of people who loved like me.

When I read the GFY debate, what struck me as ironic was hearing that people find it an erasure of bisexuality, or even transgender identities/love.  In my experience, it has been validating of those identities, and the idea that love is not restricted to the genitals of the person in front of us.  I came out in the 1990s as a lesbian, because there were a lot fewer letters in the acronym, and therefor a lot fewer options that I knew of.  I still fall back on that label occasionally, but queer is probably the most comfortable for me.  I have loved women, and married one for 12 years.  I have been attracted to cismen, transmen, and people from all over the spectrum.  I feel like pansexual is too big of a label for me, but lesbian is too narrow, though it is pretty universally understood, and it represents the life I have led.  Queer seems to sum it all up, so I use that one the most. Some of my favorite books could be classified as GFY or Out For You (OFY) and part of what has drawn me to them is the message that they reinforce- love comes in all different packages, and often breaks the expectations of those who experience it.  In my experience, that has been the truest reflection of love yet.

Though I can understand someone objecting to the name GFY based on the idea that someone can be gay JUST for one person, but like porn stars who perform as gay for pay, there is a difference in the act and the identity.  First off, and most importantly, I think we get into a murky area when we label someone based on our perception of their behavior.  I have a friend who identifies as a lesbian, but was married for many years to a man.  She came out as a lesbian and now is in an exclusive relationship with a woman.  She identifies as a lesbian, but to say her identity is an erasure of bisexuality is to deny her right to identify herself based on her own truths.  How is that different for a character in a book?  Of course bisexuality exists, and I have read many stories where men develop feelings for a man and do decide that they are bisexual, but we also can’t generalize from an individual’s experience to reinforce ideas that we want to see represented.  In my opinion, that is an erasure of a real life as well.

Sexuality and identity are wonderfully complex things.  We turn to romance hoping to see our lives reflected and represented.  Sometimes that happens in bodies that look like ours, but sometimes it does not.  I understand and validate the need and desire for more representations of sexualities and identities, but our desire for those stories cannot come at the erasure or mislabeling of others.  This recent debate came out around Kiera Andrew’s newest release, Beyond the Sea.  One of the vocal respondents against the trope in this novel stated the reasons why he would not even read it, and named the erasure of bisexuality and trans*sexualities, and I think that is a tragedy.  I just finished this book and I adored it.  Andrews handled the coming out of both men by explicitly addressing the complexities of sexual identity, and I think she did a beautiful job.

I have always been interested in why people are drawn to the books they read.  I used to think I was the only woman who would read MM (ha!) and then that I must be the only queer identified woman (ha ha!) and when I found out how wrong I was, I felt like I had found a community who appreciated the beauty of love the way I do.  Joseph Campbell writes about the archetypical hero’s journey, and discuss how the hero is typically from a challenging home life, has lost family, and is different from those around him/her (think Superman, Batman, Harry Potter, etc.)  He says that we are drawn to these heroes since we all feel isolated, alone, and misunderstood to some degree.  I think the same is true in romance.  We all feel like we have had to fight to be loved or to find love.  Whether ace, pan, queer or trans or straight, we have all had to fight to be ourselves, find ourselves, and show ourselves to the world.  When we find people who can open themselves up to love and who have the courage to be true to themselves no matter what, is it any wonder that we feel drawn to these characters?

As a queer woman, when I read Andrew’s book it was another beautiful example of the strength of queer love- and in some ways, isn’t all true love queer? Doesn’t all true love break some rules?  A great romance speaks to a love that cannot be stopped by identity or physicality, and which supersedes the labels we hold for ourselves and others.  Lets celebrate the stories we have and write the ones we need.

Email ThisBlogThis!Share to TwitterShare to FacebookShare to Pinterest
Labels: musings