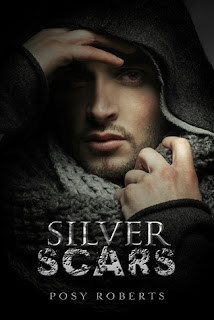 Lock this book up: 3 keys.  The burn is slow, but the love is real, and the sex is an important part of their connection

Cover Impressions: I love it.

Best Line: “You used to think your scars were your kryptonite. To me they’ve always made you seem like a superhero.”

Synopsis: A bomb destroyed high-powered lawyer Gil Lemieux’s seemingly perfect life, and PTSD has ruled every decision since the explosion that left him scarred inside and outside. Moving home with his mom is meant to be a temporary measure, just like proofreading for a medical editorial firm is meant to be a stopgap. But two years after taking on the wrong court case, he’s still living in fear.
Keith Kramer might be based 1,500 miles away from Gil, but their shared work brings them together—a chance meeting that’s life-changing. Gil is drawn to Keith’s good looks and intelligence, but it’s his innate understanding that Gil is more than the scars on his skin that is truly attractive. He’s everything Gil used to be and more. It blows Gil’s mind that his attraction might be returned.
Only doubt could widen the distance between them. Keith’s hopefulness, borne out of surviving some tough challenges of his own, isn’t enough to bridge the distance alone. Gil will need to believe he has as much to offer as Keith if they’re to build a life together.

Impressions: I was looking forward to reading this book when it was first released, though I am embarrassed to say it is my first book from Roberts.  I loved the premise, and I was even more impressed and intrigued when I began reading.  This was so much more than a story of two scarred men looking for love, it is a story about healing, and the non-linear path that it can take.

This is the story of two men, both damaged and imperfect, and yet both so much stronger than they each think they can be.  Both Keith and Gil face success and setbacks, and along the way they learn how to trust in each other, but also in themselves.

Gil and Keith never doubt their love for each other, though they both struggle with feeling worthy and valuable, but each finds strength when they are needed to support their partner.  Watching these men struggle felt authentic and believable, and as a reader, I was routing for them the whole time.

This is a great read with surprising depth of feeling and a deep emotional connection to both MCs.  It was wonderfully written and completing engaging.