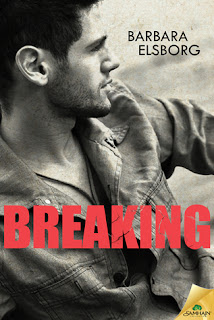 Vice: Assassins, Alphas, On the Run

: 4 keys.  The sex is HOT but totally supported by the plot.

Synopsis:Archer Hart is on the move before the man he’s just killed is found. When a bullet whizzes past his ear, he realizes hunter is now hunted. So much for his retirement plans. Someone wants him dead and all he can do is keep running.
Downed by a hit and run driver, barrister Conrad Black is certain the ‘accident’ was deliberate but he has no proof or support. In recovery, struggling to work out of partial paralysis, he has plenty of time to wonder who regrets not striking him harder. At this point, running anywhere is a distant dream.The confidence, determination and stamina of two alphas males will mean little if neither is willing to bend—seize the love offered—and work together to understand why they’re suddenly both marked men. Not easy for either when Archer has broken the law in the worst possible way and Conrad is the law.

Impressions:  I loved book 1 in this series, Falling, and it earned a "Banned in Boston Best of the the Blog" award.  I was very excited for the follow up, but after meeting Conrad in book 1, I wondered if he would be able to win me over, since I loved Malachi (his ex) from book 1 so much.

You do not need to read book 1 before reading this one (but really, why would you miss that opportunity?!), though his past with Malachi is referenced a few times.  In this story we see Conrad as man who is coming to terms with the mistakes of his past as he struggles to literally get back on his feet after a devastating accident.  When he meets Archer, Conrad is struggling to reconcile his own Alpha nature with the needs he has due to his injuries, and the things that he has lost due to his single minded focus in work and life.

Archer is an assassin who is also trying to reinvent himself and leave the life he has behind, while realizing he cannot escape his past, since it is literally following him.  Archer is also a strong alpha male who is used to putting his survival at the forefront of his own focus.

When these two men meet and make a connection they both believe it will only be temporary.  Archer has secrets in his past, and losses that have shaped him and his ability to love.  Conrad begins to break through those walls, all the while battling his own challenges.

This book was filled with action, suspense, and twists and turns.  Elsborg's writing is tight and engaging, and I was on the edge of my seat as I wondered what obstacle these two men would next encounter.  This is not a light or fluffy read, but there is a deep love and a well of emotion in this novel, and for me, that is what drove my obsession to finish this book.  I loved watching these men learn how to let each other in and how to open their hearts to each other.  I admired Conrad's evolution and self reflection, and I believe that he needed a man like Archer to complete him.

This is a riveting read with a great plot, complex characters and some scenes that burn up the pages!  Don't miss this (or book 1) and be prepared to table anything on your to-do list for a while!