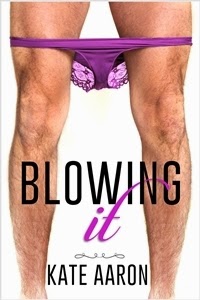 Cover Impressions: It made me one-click!

Synopsis: Owen Barnes never expected writing to make him rich, much less with a YA novel written for a bet. Being nominated for the Carnegie Medal, the most prestigious award a children’s author can win, is a dream come true. But Owen’s newfound fame comes at a price, and not just changing his surname to Black.
Gruff, gentle building surveyor Magnus Cassidy is the first man to catch Owen’s interest in almost two years. Owen’s agent, Max, might be trying to control his image, but Magnus sees the real Owen: the eyeliner, drainpipe jeans, and sexy underwear, not the Young Conservative in a tweed jacket Max is turning him into.When a photo of Owen and Magnus appears online, just weeks before the Carnegie ceremony, Max starts damage limitation. Out and proud since he was fourteen, Owen isn’t going back into the closet without a fight, and he refuses to let his agent erase Magnus from his life. Encouraged by his friends, Owen lashes out, not realising his behaviour could hurt the man he’s doing it all for. Can Owen find a way to reconcile his public and private lives, or has he already blown it?Contents: passive tops and slutty bottoms, bitchy best friends, bad jokes, sexy underwear, an excess of beards, and a smattering of angst. May contain nuts.

Impressions:  I know they say to never judge a book by its cover, but this cover sold me- and I am so glad that it did!

Magnus was adorable and lovable, and Owen totally stole the show.  He was just perfect.

I ate this book up, and I wanted more of Magnus and Owen.  I loved watching their relationship evolve, and I enjoyed each step that Owen took to becoming his own man.

This was a sexy, feel good read that left me smiling, blushing, and flipping the pages.

There are so many great things about this book, and you don't want to miss it!

My only tiny wish was that we got a little more at the end, though I was left with a big smile and warm fuzzies. I know Owen has a few bumps to come in his road, and though I know Magnus will be with him, I'd love to be a part of that journey too!

Highly Recommended!!
Posted by Danielle at 9:20 AM