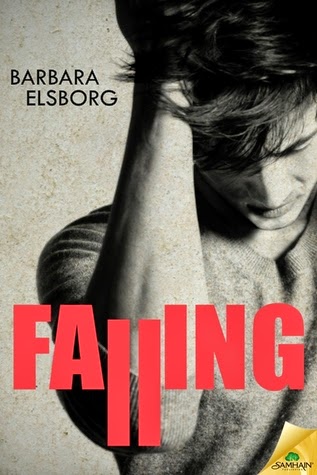 : 4 out of 5 keys- The sex is hot and supports the romance perfectly.

Best Line: "If I'd have known you before I went inside, I 'd have gone mad with longing."

Synopsis: Harper is no longer behind bars, but it doesn’t feel like it. Ten years serving time for a crime he didn’t commit have left him shut down, numb, and a frozen wreck over the simplest of choices.
He’s acutely aware of the dark-haired young man checking him out in the supermarket, but he’s too deep in panic mode to even meet the guy’s gaze. Afraid the slightest move will trigger a fall that will never stop.
Fresh off a long-term relationship with a controlling man, Malachi is stuck living with relatives who think he’s a waste of oxygen. The tall guy in the long, gray coat is the first bright spot he’s glimpsed in a long time…though the man’s unblinking stare at a bottle of shower gel is a touch alarming.
Hard experience tells both of them to turn away before lust turns to hopeless attraction, and inevitably to disaster. But once their sparks connect, the arc of electricity is too strong to deny. Even if the cost is too much to bear.
Warning: Contains an ex-con with disaster written all over him, a boy toy who’s trouble with a capital T, a damp old British house, compulsive meddling, and enough hot sex to cure the severe case of nervous babbling.

Impressions:  This was a book that I could not put down, but at the same time, I wanted to savor each moment.  I rearranged my plans so I could have chunks of time to return to Malachi and Harper.  These men are so broken, and so isolated in their own traumas, that I could not look away from my kindle in hopes that I would see another sliver of happiness for each of them.  Elsborg crafts this story with expertise.  She draws each man with such care and love, that it is impossible for the reader not to experience their own falling...for both of these MCs.

Harper is the man whose trauma is the most eye catching, and he broke my heart with each page turn.  Each small smile, or escaped laugh felt like a ray of sunshine in a dark room.  Harper literally starts off in the cold and dark, and when he meets Malachi, much to his shock, that begins to change.

Malachi, with his laughter and jokes, is no less damaged than Harper is, although in a prison that many others could not see.  I ached as I watched him try to piece a life back together for Harper.

Elfsborg does not shy away from difficult storylines and characters, and her writing is all the better for it.  There is enough angst in here to tug at anyone's heart strings, but the love and romance will warm you right back up.

This is one of the best books that I have read in recent memory.  Elsborg is a master story teller, and it is clear on each page of this book.  You do not want to miss this one at all, so go preorder it tonight and wake up to a gift tomorrow on your ereader.  But be warned, carve out a good chunk of time, or call in to work sick.  You won't be able to take a step too far away from these guys.

I am excited that this is a part of a series, and the next story looks just as compelling.  Let the countdown begin!