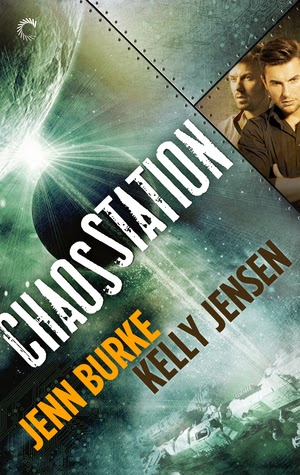 Satisfaction: HFN- book 1 in a series of 5 planned

Best Line: "...when you hear what I have to say, you're either going to knock me down the ramp, or maybe hug me back.  I'm saving my energy for that."

Synopsis: "You're not real. Felix Ingesson is dead."
The war with the alien stin is over, but Felix Ingesson has given up on seeing his lover, Zander Anatolius, ever again. Zander's military file is sealed tighter than an airlock. A former prisoner of war, Felix is attempting a much quieter life keeping his ship, the Chaos, aloft. He almost succeeds, until Zander walks on board and insists that Felix isn't real.
A retired, broken super soldier, Zander is reeling from the aftereffects of his experimental training and wants nothing more than to disappear and wait for insanity to claim him. Then he sees footage of a friend and ally—a super soldier like him—murdering an entire security squad with her bare hands and a cold, dead look in her eyes. He never expected to find Felix, the man he'd thought dead for years, on the ship he hired to track her down.
Working with Felix to rescue his teammate is a dream come true…and a nightmare. Zander has no exit strategy that will leave Felix unscathed—or his own heart unbroken.

Impressions:  I've been waiting for spring.  Each day the 7 feet of snow outside my window shrinks a little more, and up until now, I've been patient.  But when I got to the end of Chaos Station, and I saw that book 2 is due in May, well my patience RAN OUT!!

This book is IT.  THIS is a sci-fi book with some of the tightest, most efficient writing that I have come across.  Burke and Jensen have created an amazing universe, with godlike creatures, alien races, the remnants of a war, and more.  Each detail about this world was revealed exactly when it needed to be, without an info dump in sight.  It was so well described and revealed that I never once felt out of the loop or like I needed to play catch up.  From the first page I was given a vivid picture of each character and setting, and in Burke and Jensen's hands I was easily carried from one thrilling turn to the next.

The characters were drawn with compassion and realism, and I loved each facet of their friendships and challenges...but the love...oh the love!

I am a sci fi fan, though I haven't read sic fi for ages.  I love Octavia Butler, Bradbury, and many others, but in my MM I gravitate to realistic settings, and yet the idea of star crossed (or star lost) lovers was too much to pass up, and thank god I did not!

Zed and Fix are great individually, and even better together.  In the same way that Burke and Jensen carries us with each detail of the setting, the relationship between Zed and Fix kept me on the edge of my seat.  I was dying to see how they would help fix the trauma of the past, and without the use of over used plot device, these two authors built their love with a slow, hot burn (with enough sex to keep it juicy!).

When I read paper books, I often cheated to read the end, but with my kindle I alms never do that.  With this one, I admit it...I cheated!!  I had to peek at the ending, and I was SO excited to see that this is the first in a series. I was left feeling satisfied and happy, and oh-so eager for May!

Grab this one, sci-fi fan or not, and don't miss this space ride!