This novel is being released on 2/9!  Pre-order it today! 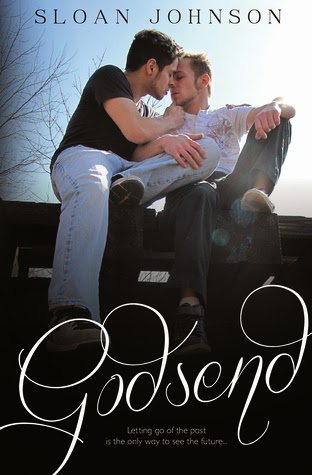 Cover Impressions: I love it.

Best Line: "The man Chris is comforting isn't the man I was married to, he's the man I always felt was lingering somewhere beneath the surface."

Synopsis: You can’t choose who you fall in love with. Despite knowing from a young age that he was gay, Scott Murphy couldn’t imagine life without Shelly. He threw away the labels and had eleven amazing years with her, but now, he feels even more lost trying to figure out how to move on after Shelly’s death. After nearly a year of watching Scott fade away, Shelly’s father forces him to start living again.
As much as Chris loathes the idea of attending a bereavement group week after week, it’s one of the only places he can go in this town, other than the bar, to not feel so alone. When there’s nothing to distract him or dull his senses, he spends too much time obsessing over how he should have been able to help his sister. When Scott shows up at his group session, Chris decides that maybe some good can come out of his sister’s death.
There’s no denying that Chris is the first man to catch Scott’s attention in a long time, but how can he move on when just thinking of Shelly sends him to his dark place?
The road to recovery won’t be an easy one, but Chris is determined to help Scott see that life is still worth living. But before Scott can allow himself to admit what he feels for Chris, he knows he has to reveal the full truth about Shelly’s death.

Impressions: This is an amazing book, full of such deep emotions and such all consuming love, that I could barely put it down.

The beginning of this book had me in literal tears.  Not like LOLing when I'm not really doing anything more than a smirk- but honest to God tears on my cheeks.  It was beautifully written, and in a lesser author's hands that could have been cheesy, in Ms. Johnson's capable hands it was moving and effective.

Having been part of a bereavement process in the past,  I was very interested to see how this was written, and I found it to be very accurate and honest.  The grieving that both Chris and Scott are experiencing is poignant and practically tangible.

What really impressed me in this book, besides the love story, was how well she handled the complexities of Scott's sexuality coupled with his true love for Shelley.  I found this so authentic and so well portrayed that it truly impacted me as an observer to their love and friendship.  In the same vein that many of us love OFY and GFY stories, I loved this version of a friendship so deep that it became a true love.  There was no "cop out" on their love, and it made Scott's suffering so much deeper.

Obviously the best thing about this novel is the love story at the heart of this tale.  Chris and Scott do not have any easy path ahead of them, but I was swept away by their connection.  There were amazing secondary characters and plot developments, but it was the journey of love and connection between these two hurt men that made this a 5 star read for me.