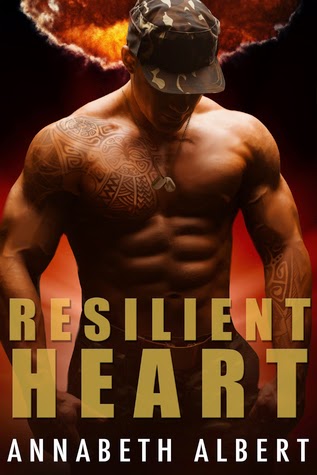 Synopsis: Originally released as part of the Unconditional Surrender bundle, now available as a stand-alone novella complete with BRAND-NEW 10,000 word short story/epilogue. When a wounded soldier is forced to accept help from his former best friend, both men discover the true strength of their entwined hearts.
Army IT specialist Xander keeps his emotions wired as tight as his NETCOM gear, but when he’s seriously injured by an IED, his whole life unravels. Running out of options, Xander must accept help from his ex-friend-with-benefits, Mackey. However, Xander’s had feelings for Mackey for years, and close quarters only complicates his emotions. Further, Xander doesn’t know which is worse: combating his inner demons or dealing with Mackey’s guilty kindnesses.
Mackey’s always kept his emotions close to his chest, but now he’s got a secret that could destroy his one chance with the man he cares far too much for. Both men will have to heal their wounded hearts to ensure a future together.
Entwined Future: In this new short story, Mackey has news that could change everything for him and Xander, but a visit from Xander's family jeopardizes Mackey's plans--and forces Xander to confront some harsh truths.

Impressions:  This short novel backed a whole heck of a lot of punch.  I loved these two men, and I appreciated the sensitivity with which their struggle was captured.  I loved the packing of the story, which allowed us to share in the challenges and joys that these two men face.  I am quickly finding this author to be an auto-buy for me, and this book sealed the deal!  This is such  deep, complex book and the character development is handled so well.  I'd love to see these two men in the future! 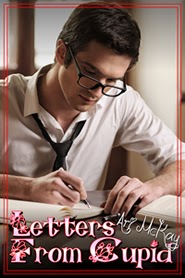 Synopsis:Breaking up with his boyfriend has left English Professor Derek Chandler feeling lonely and down. He begins to think that he just doesn't have the passion to sustain a long-term relationship -- at least until a letter from a mysterious "Cupid" tells him not to lose hope. Intrigued, Derek replies to his anonymous admirer, and they begin a correspondence where Derek discovers he isn't the only one with doubts about his desirability.
Dr. Macon Pinney has admired his colleague from afar for quite a while, but he only intended his initial note to Derek to offer encouragement. Macon doesn't believe that outgoing, sociable Derek could ever be interested in the type of quiet, withdrawn man he knows himself to be. And yet when Derek writes back, admitting his worries about never finding a true partner, Macon can't help but reply, sharing his own feelings from the safety of anonymity.
But will Macon find the courage to step out of the shadows and admit to Derek his identity, or will both men spend the most romantic day of the year alone?

Impressions: I was looking for something cute and sweet, and this story was IT!  I loved Macon and his struggle to believe that Derek could really like *him.*  I really got him as a character, and this story kept a smile on my face the whole time I read it.  It was, in a word, perfect!  When you need a cute Valentine pick-me-up, grab this one!  I know I'll be revisiting it again!
Posted by Danielle at 8:26 PM