5 Star Review: With or Without Him 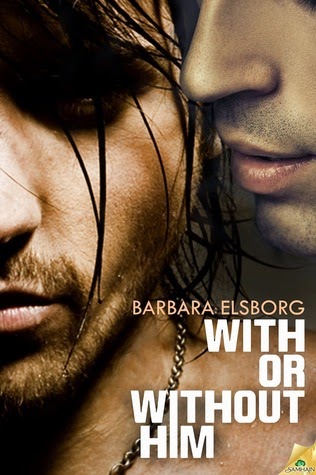 Title: With or Without Him

Lock this book up:

Best Line: "You came to mean more and more to me, and I could no sooner have turned away from you than stop the earth spinning. I thought, if this ends with me broken, so be it. But as every day passed, I thought: he won't break me, he loves me and one day, he'll tell me. But you didn't because you don't."

Synopsis: "The most dangerous refuge could be his lover's arms. "
Everyone has at least one deep-seated fear. For Tyler, it's being in debt. He's so desperate to get out and stay out of it, he'll do almost anything-including selling his body at Saturday night sex parties.
But he refuses to open his mind to anyone, especially the men paying to use him however they want. The only time he's truly happy is during the week at college, when he can escape into his music.
The moment Haris sees Tyler playing piano at a concert, he falls hard, and he's willing to do whatever it takes to make the guy his. Even if it means-for the first time in his life-opening his wallet as wide and desperate as his heart.
20,000 to live with a good-looking guy for four months? How can Tyler resist the chance to ditch the sex party scene for good? But neither man realizes how much they're risking. And when outside forces close in, ready to destroy them, the trickiest part about the next four months could be just surviving.
Warning: Contains a "for hire" bad boy with a filthy mouth, an awkward guy with a penchant for BDSM, a hypochondriac butler who won't shut up, a dog called Alcide, and a lot of hot and dirty M/M sex.

Impressions: This was one of those please-let-the world-leave-me-alone-so-I-can-read kinda books.  I was lucky enough to be snowed in for a few days, so I got a few of those minutes when I could hide away and keep reading!  I felt totally engrossed by these guys, and I felt like I *needed* to keep reading so they could get their HEA!

I wasn't sure that I would really get Tyler's panic over debt, especially given that so many of us have it, but Ellsborg made his fear totally relatable and believable.  Tyler had been through so much and it was totally evident in his current behaviors and beliefs.  Haris was also a man with a past, though he initially seemed so much more in control.  In reality, he was damaged and maybe even more in need of love.

The secondary characters were very engaging, in particular Winslow and Jeremy.  They played a crucial role, and moved the story along nicely.

The action was intense and believable, and kept me tapping away on my kindle.  The miscommunication between Haris and Tyler was hard to watch, but never became a ridiculous plot device.  Everything about this book was gripping, but the connection between these two was amazing and really kept me hooked.

Though you may suffer a book hangover at its conclusion, it is worth every sigh!  Check this book!  I know I will be going to Ellsborg's book list and making sure I don't miss any other great reads!