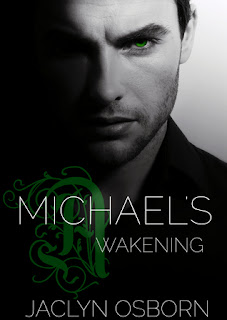 Lock this book up: 4 keys.  The sex is hot and supported by the story.

Synopsis: One moment…that’s all it takes for life as you once knew it to change irrevocably. For Michael Kingston, that moment was when he first laid eyes on Gabriel. In his life, Michael had only known darkness, leaving behind a broken shell of a man. Unspeakable memories of his childhood constantly plagued him, causing him to disconnect emotionally from the world. No one had ever shown him love; therefore, he believed that he was unworthy of it. And then everything changed.

Gabriel Greyson had always been different. Growing up in a small Bible thumping town, his preferences for men, make-up, and fashion made him an outcast. But, with the support and love of his family, he overcame obstacles that were thrown his way and rose above the intolerance. He danced to the beat of his own glammed out drum and refused to believe that he was anything other than ultra-fabulous. Working as a beautician, he had a job he adored and felt that everything was perfect in his life. Everything except for true love.

When these two unlikely men meet, sparks fly. For the first time in Michael’s life, he feels like he can overcome the darkness inside of him. Gabriel gives him hope and slowly brings him out of the shadows, showing him that even the darkest of souls can be redeemed. But there are secrets that Michael keeps locked away. Will Gabriel see past the torments of Michael’s past, or will he turn away from him when he discovers the truth? After all….who could ever love a beast?

Impressions:  I bought this one on a whim, and I moved it to the top of my TBR pile because I wanted something different.  I was so taken back by it, and I simply fell in love with it.

I loved Gabe's unabashed self expression, and coupled with Michael's self consciousness.  I really believed in Michael's transformation, and I liked that Gabe was a three dimensional character, and not a parody of brashness.

I can't say that this wasn't somewhat cliched, or that it was a story that has never been done before, but I truly lost myself in it, and I couldn't wait to get back to these two and their world.  It has that je ne said quoi quality that just swept me away, and it was such a huge surprise for me from an author that was new to me.

I highly recommend this one when you are looking for a good, sweep you off your feet romance.