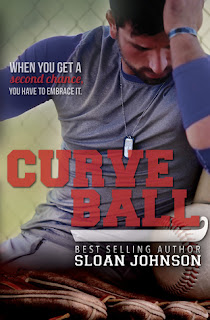 : 4 keys.  The sex is hot and totally supports the romance.

Best Line: "I just had to get Cam to believe that my efforts to be there for him weren't out of obligation  but an intense desire to make him feel as amazing as I did when we were together."

Synopsis: Jason Klein’s living with the fallout from a decision he knew was the right one at the time. He never told anyone about the love of his life, which left him to mourn alone when he found out the man he gave his heart to had been killed in combat. Now, his heart has had time to heal, but he’s not sure he’s ready to let himself move on. Until he meets Cam Morgan…

Without a job lined up following graduation, Cam Morgan took his best friend up on his offer to move to Milwaukee and stay with him until he could get on his feet. The last thing he wanted to do the day after getting to town was go to a party filled with a bunch of jocks. Sure, they were “professional athletes” but Cam was convinced that bigger bank accounts didn’t make them any more accepting of people like him. He certainly didn’t expect to meet Jason, the Mavericks’ catcher who broke every stereotype he’d had.

What started out as one hot, sweaty night together quickly grows into something deeper. Jason welcomes Cam into his home and his life, but now he has to teach the younger man that it’s not a sign of weakness to let people help you.

Impressions: After book 1, I was really looking forward to Jason's story, and Curveball did not disappoint!

After reading and enjoying Jason in book 1, I was eager to see who could help this hurt man to overcome his past loss, and learn to love again.  Anytime I like a character from a previous book, I know it will take a lot from a new character to make me believe they are good enough for their guy, and Cam definitely did that!

I like Cam's complexities and his struggle to reconcile some of the experiences that he had at the hands of athletes with the feelings that he has for Jason.  One of the things that I liked most about Jason, and one of the reasons that he was so right for Cam, was that his struggle is about overcoming loss.  He is not a big, dumb, homophobic jock, and actually faces his coming out with a lot of reflection and thoughtfulness.  He knows that this will be a big announcement to some of his teammates, but the people closest to him already know, and he without someone to love, it doesn't seem like its worth the fallout to him.  I get the feeling that due to the earlier loss of a loved one, he doesn't want to address his sexuality because he has almost turned that whole part of himself off out of his hurt.

When he meets Cam, he faces coming out with grace and strength, and is challenged more by the fact that his heart is engaged in ways that it hasn't been for ages. I really enjoyed Cam's struggle to find himself in an environment that is so outside of his comfort zone. I also loved his friend, and Jason's teammate, Drew, and I admired the loyalty that he and Cam have for each other.

This was a great book, with a  great romance.  I am really loving this series, and I am looking forward to the rest!  Don't miss Curveball (releasing on 7/29)!