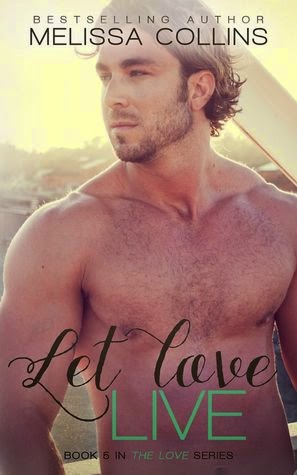 Genre: MM (part of MF series, but can be read as a standalone)

: 4 out of 5 keys, very hot sex scenes that support and enhance the story

Length: novel (book 5 in series, can be standalone)

Satisfaction: Heartbreak and then HEA.  All worth it!

Cover Impressions:  Do I really need to say?  I think it speaks for itself. :)

Synopsis: Who would you become if you lost the only person who ever mattered?

For twenty-six year old Dylan Hopkins, the answer is easy. He’s become no one. Memories of the happier times are all he has left as he finds himself meandering numbly through his now dull life. Though he cares about his work and family dearly, he’s yet to let himself find love again. Afraid of letting go of what he once had, Dylan chooses to keep his heart buried, where it belongs, having died a long time ago.

Conner Michelson is about to change everything Dylan knows. He’s every bit the bad boy persona - tatted up, ex-MMA fighter, but after an injury leaves him unable to fight, he has to rethink his goals. Having just opened his own gym, Conner can cross his first major life accomplishment off his very short list. Next up: find a man he can settle down with and build a family. Seems simple enough - a dream most people have, but when he meets Dylan, his carefree, easy-going life is thrown into a tailspin.

Determined to keep Dylan in his life, Conner vows to resurrect Dylan's long ago buried heart and let love live once more.

Impressions: I was wary of starting this because I have a severe case of book-order OCD, and I just didn't want to read 4 MF books to get me ready for this one, but the buzz was so amazing I had to download it and fast track it to the top of my TBR list, and am I glad I did!

The book can be viewed in two parts, one the story of Dylan and his first love, Shane.  I was surprised at how long this part of the story was, but it was perfectly crafted to support my understanding of Dylan, and his relationship with Shane's family.  The parts with Shane were so moving, and his story was simply heartbreaking.  Even knowing that it was a tragic element of Shane's life, I was kept completely enraptured by the tale, and I experienced the loss as if it were a complete surprise and shock.  I felt Dylan's pain in each and every step, and I understood and felt for Shane.  Needless to say, there were lots and lots of feels.

In the second half we get to see Connor and Dylan's relationship, and after the pain we experienced with Dylan, we, like he, needed some love and comfort.  Connor was the perfect hero for Dylan.  He was a man with his own past and his own challenges, and I loved that he didn't ride in on a white horse.  Dylan's mourning was a part of him, but he never felt like an emo kid I wanted to shake (disclosure: I don't really shake emo kids, its just a figure of speech!) because he wasn't written as a stereotype of loss, but rather as a three dimensional man who is trying to live with a terrible pain in his past.  He didn't need to be rescued, he needed to be loved and to feel like he could return that love and support, and Connor was a perfect.

The secondary characters were amazing.  Some you can't help but love, and others you really want to see pay for their crimes, but I can imagine their stories must be equally compelling.

I am so glad I put aside my book-OCD and read this as a standalone.  It really is worth the excited buzz surrounding this story!